Paclitaxel is the best selling chemotherapy drug in history. It is used in the treatment of numerous cancers including lung, breast, ovarian, gastro-esophageal, endometrial, cervical, prostate, head and neck, Kaposi’s sarcoma, leukemia and lymphoma. Although paclitaxel is considered quite effective, a substantial percentage of patients do not benefit from its use.

Paclitaxel stabilizes microtubules and, at standard concentrations, arrests cells in mitosis. Mitotic arrest often results in cell death. For 30 years, it was accepted that paclitaxel kills cells in patient tumors by causing mitotic arrest. However, by collaborating with Mark Burkard, M.D., Ph.D., (http://burkardlab.medicine.wisc.edu/) we were able to measure the concentration of paclitaxel in the tumors of breast cancer patients. These data revealed that the intratumoral concentration of paclitaxel is too low to cause mitotic arrest. Consistent with this, we found that mitotic arrest was not necessary for tumor shrinkage in response to paclitaxel. Rather than arresting, breast cancer cells treated with clinically relevant concentrations of paclitaxel proceed through mitosis on multipolar spindles to produce aneuploid progeny (Movies 1 and 2).Multipolar divisions caused by treatment with clinically relevant doses of paclitaxel increase the rate of cell death and decrease proliferative capacity. These data necessitate a paradigm shift in the way we view the clinically relevant mechanism of paclitaxel. Hopefully, this insight can now be used to identify a biomarker capable of predicting which patients will benefit from paclitaxel therapy. (Zasadil et al, 2014 ) 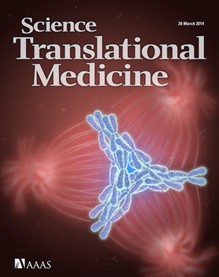 Multipolar division in an MDA-MB-231 breast cancer cell treated with a clinically relevant dose of paclitaxel.